Ever since Western men and Asian women discovered each other hundreds of years ago, there has been a powerful mutual fascination.
The first Westerners to experience the exotic allure of the Asian female were sailors, adventurers, merchants and diplomats. (Legendary explorer Ferdinand Magellan, serving the Spanish crown, made the first documented visit to the Philippines in 1521—and his men went so crazy for the local ladies that they nearly abandoned their mission!)

Otherwise, Asia was mostly isolated from the West for centuries, with the exception of colonies ruled by the British which included Hong Kong, India, Singapore, India and Malaysia.
Wars were responsible for bringing Western men and Asian women together in great numbers. During World War II and the Korean and Vietnam wars, hundreds of thousands of G.I.s, pilots and sailors were sent to serve throughout South and East Asia. There were up to 500,000 American soldiers stationed in Southeast Asia during the Vietnam War. In 1969, approximately 50,000 U.S. servicemen were based in Thailand alone.

And wherever there were American soldiers, bars sprang up where young women flocked to provide their services during the G.I.s “R&R” (Rest & Relaxation) periods. They had the opportunity to make more cash than they could ever dream of pulling down in their villages.
War may have been hell, but a slice of heaven was provided by an endless number of nubile, enchanting young beauties who would massage, bathe and make love to the soldiers before they reported back to battle.

Saigon, Bangkok, the Philippines, and post-war Japan became preferred locations for R&R (places to party and screw your brains out). After World War II, more than 200,000 Japanese, Vietnamese, Thai, Korean, and Filipino “war brides” were brought back to America. The sadder part of the story was the estimated 125,000 “Amerasian” children who were left behind by their American fathers.
After these conflicts, the United States maintained a heavy presence in those war-torn countries. After the Vietnam War ended, the U.S. continued to keep large numbers of military personnel in the Philippines, mostly at Clark Air Force Base in Angeles City (90 minutes north of Manila), and at nearby Subic Bay.

Although America shut down its bases in Thailand by 1975, the U.S. Navy continued to offload its sailors for R&R in Pattaya, a beach resort area south of Bangkok. The U.S. continued to maintain its military presence in the Philippines until 1992, when it shut down its bases and left town due to increasing local protests. (The Filipinos, who felt they’d endured enough American colonization, saw their presence as an affront to their national dignity.)

Today, “R&R” continues to be served up in the Philippines and in Thailand—but American G.I.s are few and far between. Mainly, it’s Western tourists coming to experience the charms of the women. But this book is not a guide to the “sleazy side.” These countries (and all countries in Asia) are filled with honest, beautiful single women who dream of being in a relationship with a guy like you.
If a trip to Asia isn’t in your plans, don’t think you don’t have local options. As Asians have migrated in huge numbers to Western countries in search of opportunity, there are now millions of young, single Asian women throughout the world. 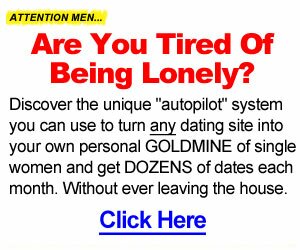